Fly Easy pulled out all the stops to deliver an urgent shipment of ethanol production equipment in time for a VIP opening ceremony.

The cargo – for a new ethanol production facility operated by one of Brazil’s leading producers – was originally intended to be transported by ship. However, because it was needed in time for the opening ceremony attended by the country’s President and other VIPs, the only solution was to fly it from Toronto to Viracopos using the only aircraft large enough for the job – a giant AN-124.

The entire process of flight booking, transport cradle design, fabrication and delivery to exporter, permit applications, aircraft positioning and flight departure were all performed within 5 days (including a weekend) of first notification. 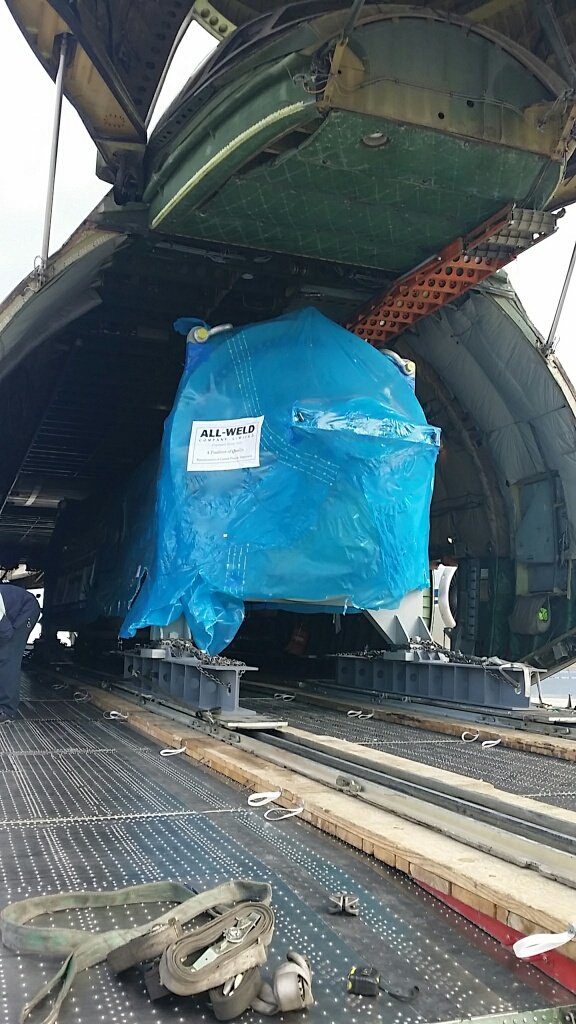